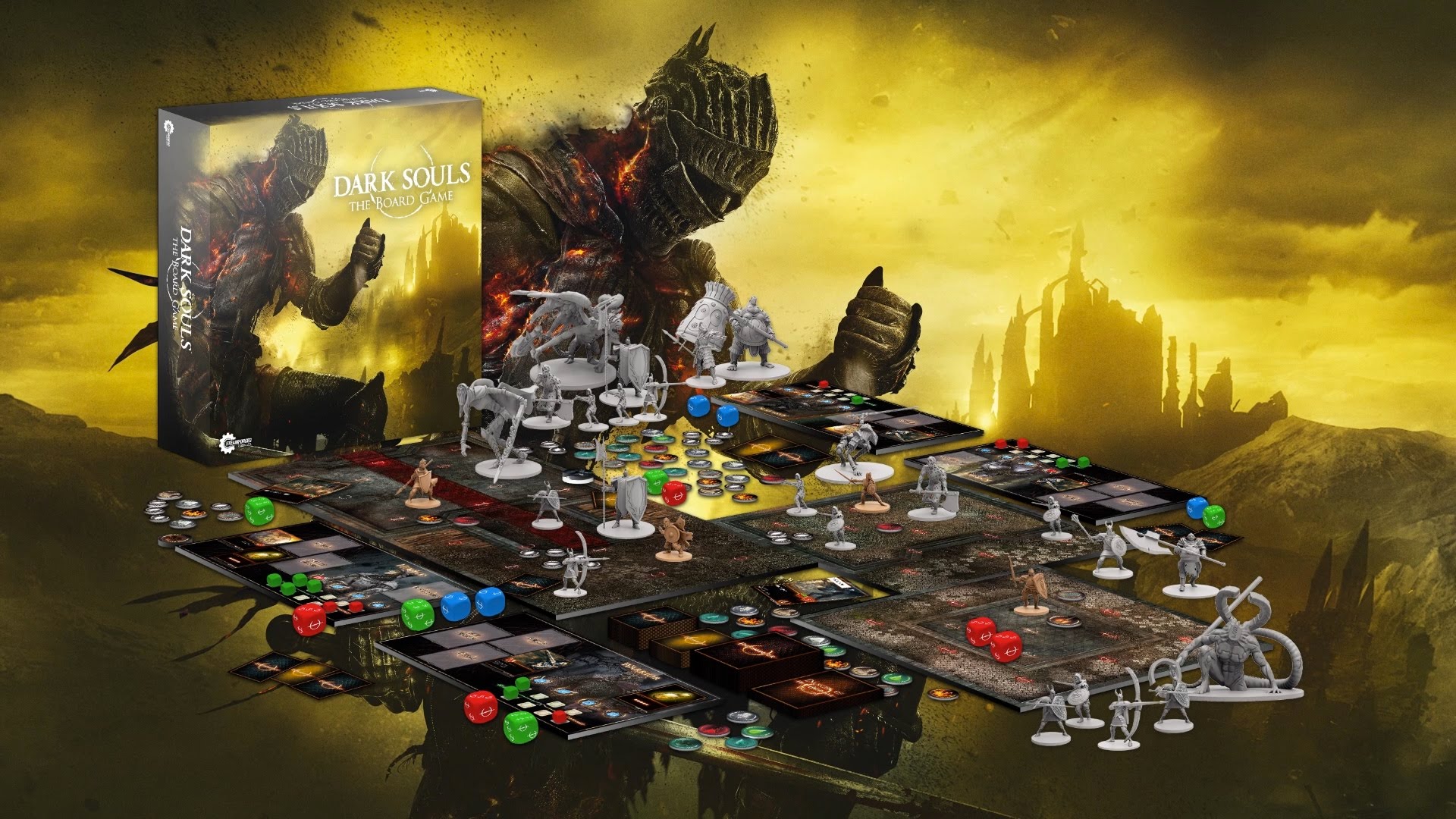 Hey guys, Mat Hart & Rich Loxam here from Steamforged Games. We are co-founders of the company and direct the design team behind Dark Souls – The Board Game.

What gave you the idea to make a Dark Souls’s board game? Did you get any response from Bandai namco?

After creating our first project Guild Ball (A Tabletop Medieval Football Game) we wanted to create a board game for our second project. We loved the idea of making a ‘dungeon crawl’ experience and felt the Dark Souls world would really suit some of our ideas on this. We touched base with Bandai Namco at a Licensing Expo, afterwards we presented the pitch and prototype which they loved and they gave us the rights to work within the Dark Souls universe. We couldn’t be happier working with them and their access and input has been fantastic.

Are you in contact with From Software? If yes, what do they think about the project?

We work with FromSoftware via Bandai Namco and all parties involved are really happy with how the project is shaping up.

I never touch a board game in my life, I will have difficulty to blend into the world of dark souls – the board game?

Not at all! Although the game will represent the difficulty of Dark Souls the video game – the actual access to the games mechanics and how it plays will be very intuitive to you. It will feel like your playing Dark Souls…just with dice 🙂

Do you think a person could approach for the first time the Miyazaki game after trying your product or do you think they are on two different levels?

We feel the game will give a strong Dark Souls experience – you can’t rush head first into fights and hope to live. Everything must be carefully planned and executed and information gathering on boss patterns, etc. is key. We hope that lessons you learn in the video game and the board game will help in both.

Has the experience gained with Guild Balls influenced the development of the title? Or did you approach at this work differently?

When we developed Guild Ball we were a couple of guys with an idea. Now we have a full company behind us to help execute our thoughts which has a big impact on development. The process has been similar in regards to our design ethos but the board game world is quite different than the tabletop.

You have reached incredible achievements on kickstarter, for example Most Backers for a Board Game and Top 15 Kickstarter Projects of All Times. Were you expecting such a great response by kickstarter’s users?

We knew Dark Souls was popular, but the speed and level it reached we don’t think anyone could of predicted. We are immensely happy at the support we have had for this campaign and cannot wait to deliver this product next year. We are looking forward to the next 12 months and sharing our thoughts and processes through the development and production stages.

I understand that it’s definitely too early to talk about it, but do you have any other project in mind after “Dark Souls – The Board Game” will be done?

We have had a lot of people contact us…simple answer – yes.

Which is the best “Dark Souls” in your opinion?

We both agree that Dark Souls 1 is our favourite. The feeling of realising the level of difficulty and punishing nature of the game for the first time…and the excitement when you finally achieve that first boss kill…its unmatched.